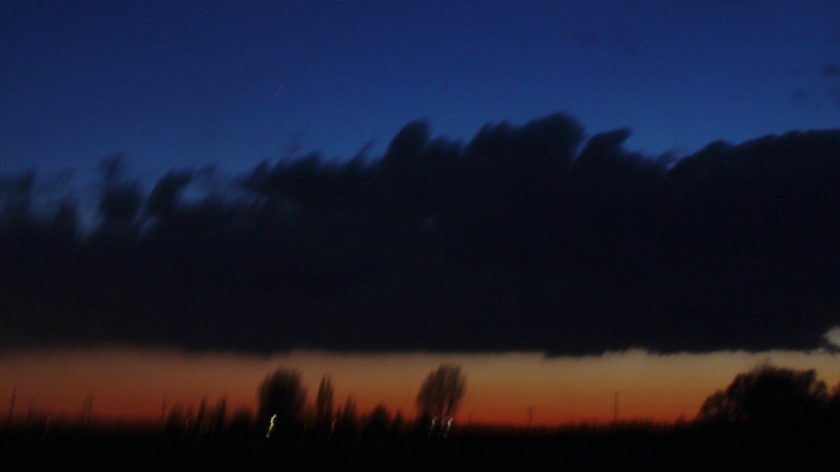 Well Christmas is over and it was a great occasion, much enjoyed by the LSO and myself. Having so many people around watered down the AP and gave us a much needed breathing space. But unfortunately like everything to do with the AP, the peace never lasts.

Her latest idea really doesn’t bear thinking about. She wants to cook for my cousin and his wife when she goes to stay with them in April. How she will do this I cannot imagine as she cannot see, is close to 100 years old, arthritic, hard of hearing, cannot stand for long without some support and hasn’t cooked properly for many years. She is an absolute liability in the kitchen and the thought of her blindly wielding a knife is horrendous. Even before she came here four years ago she was opening tins of soup as a culinary experience. She will also be in a strange kitchen with no idea where anything is kept. On top of all this she expects me to supply the recipes and also some of the ingredients. One necessity the AP wants to take up with her are tins of creamed mushrooms which apparently cannot be bought in Scotland which I find quite strange. I feel extremely sorry for my cousin, do I warn them or is it better to let them deal with the situation as and if it arises? It is all rather insulting really as the unsaid implication is that my cousin’s wife cannot cook and the AP can do better. But whatever the outcome the AP will not be cooking in my kitchen.

I wonder what will pop out next from the mixing pot that has become her brain. It’s astonishing that she has the idea that she can carry on as if she is twenty years younger and very frustrating for us because when things inevitably go wrong, her response is to lash out. She managed to wreck a perfectly pleasant evening out last night, picking at food with her fingers in a restaurant is not a good look. Snapping unpleasantly at me when I moved a plate to prevent food dropping onto to the table. Also pretending to read the menu whilst flashing her magnifying light in everyone’s eyes. The AP insisted some weeks back that she needed new reading glasses so appointments were made and attended resulting in a pair of spectacles that apparently do help or did in the opticians but we don’t seem to use them.  But that is another issue. After some deliberation the AP decided to have what she nearly always has, a small portion fish and chips with lots of lemon, vinegar and salt and no vegetables. Somehow despite having well over the recommended daily amount of salt, the AP sails onwards with blood pressure someone half her age would love to have.

Her continued inability to accept her limitations is extremely frustrating for us and to add insult to injury she is utterly graceless.